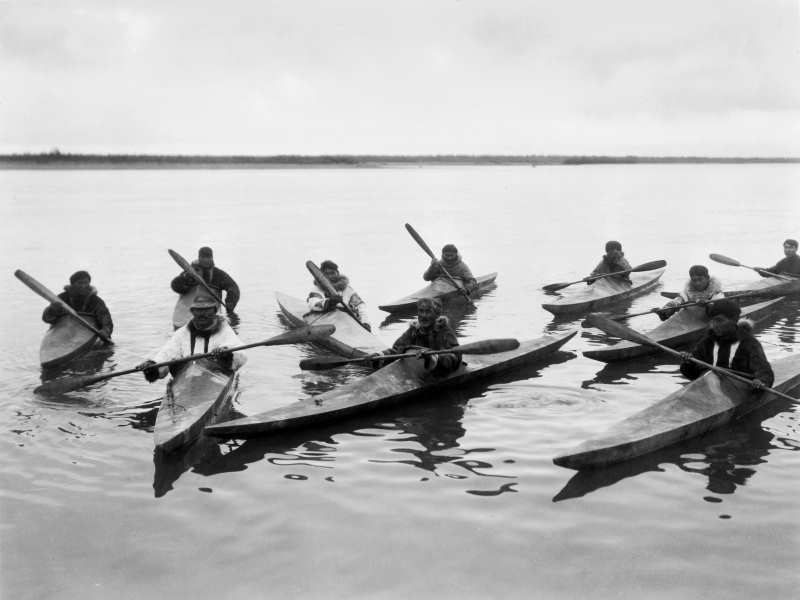 The first kayaks to be constructed in North America were meant for hunting in the inland waters. Kayaks are approximately 4,000 years old, and they were initially made of stitched seals and some animals skins. The vessels acquired their buoyancy through the seal bladders which got filled with air on all sides of the vessel.

Those very first kayaks were used by the Aleut and Inuit hunters mainly in Rivers and the waters of the Arctic Ocean and the Bering Sea. The word Kayak in Inuit language pronounced “Qajaq” and in Aleut language “Iqyax” means a boat of the Hunter. It was a personal boat build by the hunter who used it with the helping hand of his wife.

On top of the kayak was placed a unique skin making the kayak waterproof thus enabling the “Eskimo roll”. This method became the best for regaining the craft afloat after capsizing. Mastering the technique of the roll was vital for surviving in the cold waters of the Arctic Ocean.

The first skin on frame kayaks are described in the year of 1840 as follows: “……. in the hands of “skilled” riders; they were so speedy that birds could not outrun them. They were so narrow and sharp-keeled that they could not stand upright in the water without a rider. So light that a seven-year-old child could easily carry them.” 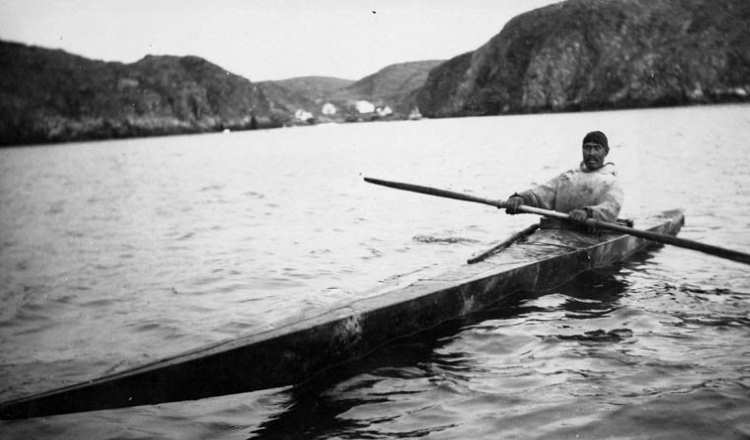 Thanks to David W. Zimmerly who wrote the article ” Building the One-Hole Aleut Baidarka” for “Small Boat Journal” in 1983. We have the drawings of the traditional skin on frame ocean-going vessels like the Iqyax. Iqyax are kayak vessels used for thousands of years by the Aleut hunters. After years of research and a thorough study of the design and technique of building the Iqyax. Now the ocean vessel of the north is revived and is waiting for the next adventure.
You can build your own Iqyax. The same unusual and unique design used by the native people who lived in the Alaskan and Bering Sea region.

The amazing design of the iqyax vessel used for thousands of years.